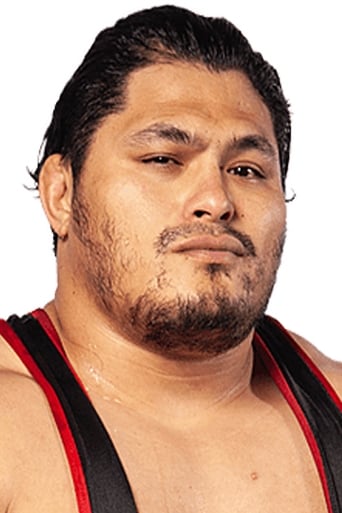 is a Guamanian amateur wrestler and professional wrestler who has worked for Lucha Underground under the ring name Matanza. He is currently signed to Ring Of Honor (ROH), where he is the current ROH World Television Champion in his first title reign. As an amateur wrestler, Cobb represented Guam at the 2004 Summer Olympics, where he became the nation's flag bearer in the opening ceremony and competed in the men's light heavyweight freestyle category. Cobb transitioned to professional wrestling in 2009. Amateur wrestling career During his amateur wrestling career, Cobb trained for the Guam Amateur Wrestling Federation under his personal coach Neil Krantz. Cobb qualified for the Guamanian squad in the men's 84 kg class at the 2004 Summer Olympics in Athens by receiving a continental berth from the Oceanian Championships in Dededo. He received two straight losses due to technical superiority and no classification points in a preliminary pool match against Cuba's Yoel Romero and Germany's Davyd Bichinashvili, finishing nineteenth overall out of twenty-two wrestlers. Professional wrestling career Early career (2009–2014) Cobb began professional wrestling in 2009 working for Action Zone Wrestling in Hawaii where he became a two-time AZW Heavyweight Champion. He made appearances for many independent promotions in northern California such as All Pro Wrestling, Supreme Pro Wrestling, Pro Wrestling Bushido and PREMIER Wrestling; where he held their heavyweight championship for 427 days. Lucha Underground (2015–present) Cobb signed to Lucha Underground in 2015. He debuted for the promotion on March 22, 2016 under a mask and the ring name Matanza, the storyline brother of Dario Cueto, winning the Lucha Underground Championship in his first match. Ring Of Honor (2018-present) After signing with ROH, Cobb made his televised debut during the September 29 taping (aired during the October 20 episode of ROH). In his debut match, Cobb defeated reigning champion Punishment Martinez to win the ROH World Television title.