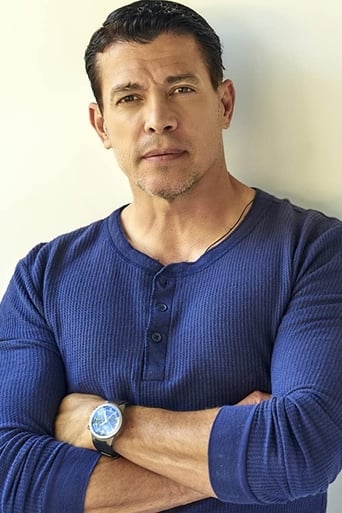 A native of Los Angeles, California. He has always been surrounded by the entertainment industry but did not pursue his dream of being a performer until later in life. Prior to his acting career, he became a world recognized dancer in the world of Salsa, traveling extensively to teach and perform at Salsa festivals and events world-wide. As an actor, he graduated from the 2 year and masters program at The Sanford Meisner Center for the Arts under instructor and Sandy Meisner protégé Martin Barter, and has gone on to perform in several theater plays like Romeo and Juliet and Much Ado About Nothing and the musical Cesar & Ruben, written and directed by Ed Begley Jr. On TV he has starred in several shows like ABC's hit show Brothers & Sisters with Rob Lowe and Calista Flockhart,NBC's E-Ring alongside Dennis Hopper and Benjamin Bratt, NBC's Heist with Dougray Scott and Stephen Harris and on TNT's series Perception alongside Eric McCormack and Rachel Leigh Cook. Several more tv shows upcoming like Stalker on CBS, Revenge on ABC and Criminal Minds on CBS. He also is due to star in two upcoming features - Bad Ass 2 starring Danny Trejo and Danny Glover and has the lead role in the feature, La Guapa (The Beautiful One), as Detective Antonio Pensiero, both completed and scheduled for release in 2014. He is the proud father to two beautiful daughters, Jaymee (21) & Mia (11)