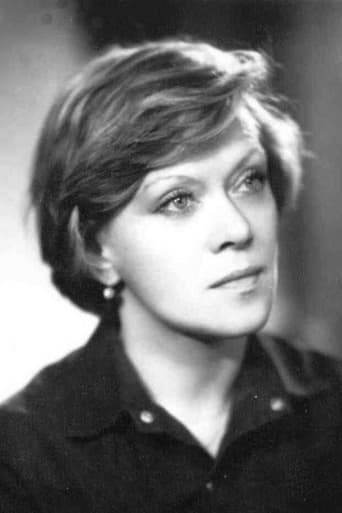 Alisa Brunovna Freindlich (Russian: Али́са Бру́новна Фре́йндлих, born 8 December 1934 in Leningrad, Soviet Union) is a Soviet and Russian actress, People's Artist of the Soviet Union. Alisa Freindlich was born into the family of Bruno Freindlich, a prominent actor and People's Artist of the Soviet Union. She is of German and Russian ancestry. Her father and paternal relatives were ethnic Germans living in Russia for more than a century. In her childhood years, Alisa Freindlich attended the drama and music classes of the Leningrad Palace of Pioneers. During the Second World War she survived the 900-day-long Siege of Leningrad and continued her school studies after the war. In the 1950s she studied acting at the Leningrad Institute of Theatre, Music and Cinema, graduating in 1957 as actress. From 1957 to 1961 Alisa Freindlich was a member of the troupe at Komissarjevsky Theatre in Leningrad. Then she joined the Lensovet Theatre company, but in 1982, she had to leave it following her divorce from the theatre's director, Igor Vladimirov. Thereupon director Georgy Tovstonogov invited her to join the troupe of BDT in which she works to this day. Although Freindlich put a premium on her stage career, she starred in several notable movies, including Eldar Ryazanov's enormously popular comedy Office Romance (1977), the long-banned epic Agony (1975) and Tarkovsky's sci-fi movie Stalker (1979). Another notable role was the Queen Anne of Austria in the Soviet TV series D'Artagnan and Three Musketeers (1978) and its later Russian sequels, Musketeers Twenty Years Later (1992) and Queen Anne's Secret or Musketeers Thirty Years Later (1993). On her 70th birthday, Freindlich's apartment in St. Petersburg was visited by Vladimir Putin, who awarded her with state decoration of the Russian Federation. She also received a Nika Award in 2005.