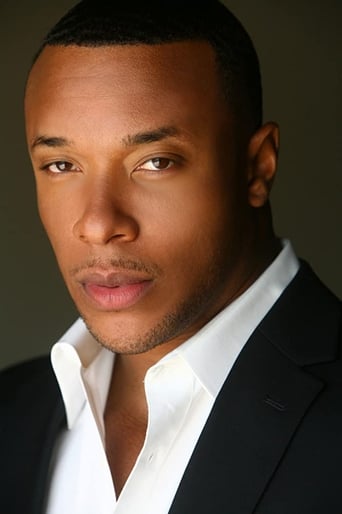 Actor, Model, Celebrity Trainer & Chef are just a few of the titles that best describe Thai Edwards. When Thai enters a room his commanding presence is immediately felt. Though a true "Alpha Male" and "man's man" his caramel complexion, muscular physique and million dollar smile can melt the heart of any woman. Combined with charisma, charm and a work ethic rivaled by few, Thai Edwards is destined to be Hollywood's next Leading Man. The first born son of a Culinary Chef and Para-Legal Thai grew up on the south-side of Chicago IL, where he pushed hard for success. When his parents divorced, Thai was left to practically raise himself. With the determination not to be a victim of his troubled childhood, Thai was both an exceptional student and athlete. Ranked as one of the highest regarded high school athletes in both Football and Basketball during his tenure. During his high school senior year Thai moved to Dallas, where he then started modeling for some of the hottest urban lines such as FUBU, Karl Kani, and Kenneth Cole. Later the opportunity came again for him to flex his athletic muscles, for a short stint playing basketball overseas and leading a Semi Pro Football team to the 2001 National Championship. In Dallas Thai tried his hand at acting by becoming an extra on the hit television show "Walker Texas Ranger." Though he was just an extra, his talent was widely recognized and soon landed him a reoccurring role on the show. It was then Thai knew that he had what it took to become a star. Deemed a "Natural Talent" by Casting Directors, he has starred and featured in several films and small projects throughout Texas. Armed with an impressive resume and the drive to become a household name, Thai knew his next step had to be Hollywood. In his first year he has worked consistently in everything from Feature Films, Sitcoms and a Prime Time Miniseries. With an extensive resume and a laundry list of IMDB credits due to release Thai has proven to be a star of both television and film. As if his success as an actor isn't enough, Thai also successfully owns and operates Body Couture Personal Fitness LLC., a performance training studio in Pasadena, CA. Body Couture was recently honored by receiving the "Best in Pasadena 2011" Award for Weight Loss and Control Programs by the US Commerce Association.