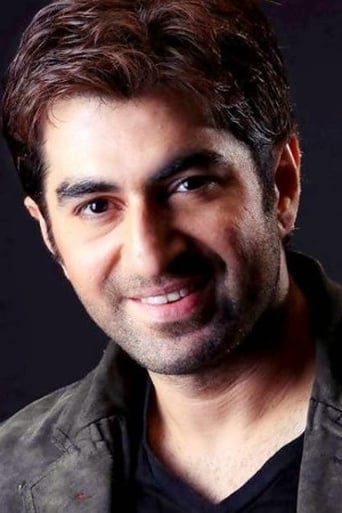 Jeet (born Jeetendra Madnani) is an Indian film actor, film producer and television presenter who predominantly works in Bengali cinema. He started as a model and then shifted to TV serials such as Bishabriksha, Janani and Daughters of the Century. He made his cinematic debut in Chandu a Telugu film. Then in 2002 he made his Bengali debut with Sathi. Jeet's first success came in 2002, opposite Priyanka Trivedi, through Sathi, a highly successful romantic drama, directed by Haranath Chakraborty, for which he won the Bengal Film Journalists' Association – Most Promising Actor Award and Anandalok Awards for Best Actor. In the same year, he acted in the Bengali remake of Jo Jeeta Wohi Sikandar. This initial success was followed by other critical and commercial successes, including Nater Guru, Sangee, Bandhan and Yuddho. In 2005, he acted alongside Koel Mallick in Nater Guru, which released to critical and commercial success and fetched him his second Anandalok Award for Best Actor. This success was short-lived as Jeet starred in some commercial failures, including Saathihara, Priyotoma and Ghatak but this failure was short-lived as Jeet starred in Jor, which became a box office hit. 2010 proved to be a commercially successful year for Jeet as he starred in Wanted and Dui Prithibi (2010), both of which were critically and commercially successful ventures; the latter being the highest grosser of 2010, according to a study conducted by FICCI & Deloitte. In 2013, he appeared in the crime thriller Boss: Born to Rule, which was Jeet's first pan-India release. The film proved to be one of the biggest hits of 2013, grossing ₹6.75 crore (US$1.0 million) and also earned him his first Filmfare Awards East nomination.