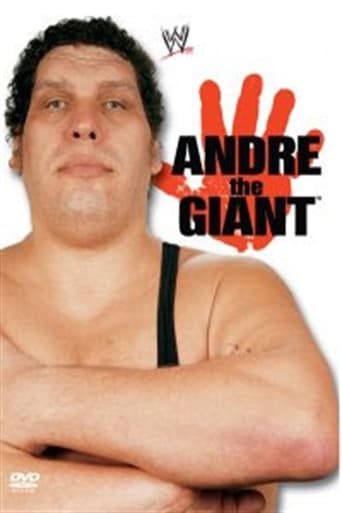 WWE: Andre The Giant is a film that was released on 2005 and directed by and was released in languages English on a budget from and with an IMDB score 5.0 with the actors André the Giant Alfred Hayes James Reiher . Andre the Giant was a man larger than life, so large his nickname was "The Eight Wonder of the World." Lord Alfred Hayes hosts the matches that built the legend of this Hall of Famer. Matches Include: vs. Moondog Rex 8/1/81 18-Man Battle Royal with Sgt. Slaughter, Big john Studd, Jimmy Snuka, Pat Patterson, "Hollywood" Hogan, Paul Orndorff, The Iron Sheik, & Tito Santana. vs. Black Gordman & Great Goliath 1/12/76 vs. Jack Evans, Johnny Rodz, & Joe Butcher Nova vs. Gorilla Monsoon with the Grand Wizard Andre the Giant and Jimmy Snuka vs. the Wild Samoans 2/18/83 vs. the Masked Superstar 2/20/84 Andre the Giant & S.D. Jones vs. Big John Studd & Ken Patera with Bobby Heenan 12/15/84. This is the legendary haircut match. vs. Ken Patera 1/21/85 Revenge of the Giant vs. Big John Studd 3/31/85 WrestleMania - commentary by Michael Cole & Tazz.