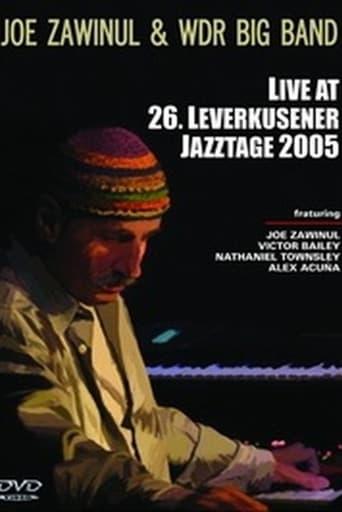 Joe Zawinul & WDR Big Band - Leverkusener Jazztage is a film that was released on 2005 and directed by and was released in languages en on a budget from and with an IMDB score 0.0 with the actors Joe Zawinul . Zawinul is onstage with the WDR Big Band from Germany and a special international rhythm section. The music is a tribute to the pioneering 1970s fusion collective Weather Report, originally with Wayne Shorter on sax, Zawinul on keys, and later Jaco Pastorius on bass (among other personnel). Zawinul and the WDR play "Brown Street" and "Carnavalito." Arranger Vince Mendoza re-imagines this colorful, small-group music for Europe's longest-lived jazz orchestra. And they can play!