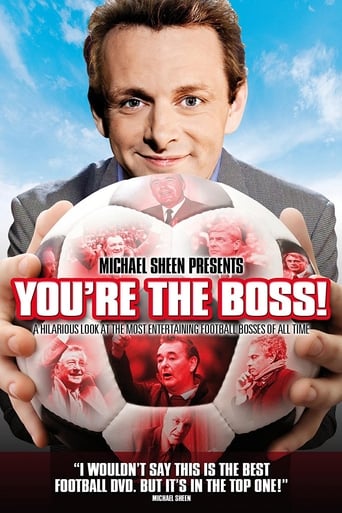 Michael Sheen Presents - You're The Boss is a film that was released on 2009 and directed by and was released in languages en on a budget from and with an IMDB score 10.0 with the actors . A hilarious look at the most entertaining football bosses of all time. Fresh from his critically acclaimed portrayal of the legendary Brian Clough in The Damned United, BAFTA nominated actor Michael Sheen presents this highly entertaining guide to that most thankless of jobs - the football manager. Michael takes the viewer on a tour of some managerial highlights: the rants, the feuds, the scandals and much more as we get inside the minds of the men who have enthralled us from the era of Shankly and Clough right up to the modern age of Wenger, Mourinho and Ferguson.